Living for 44 years in wedlock has been sweet sour relationship, though arduous at times, but definitely a joyous journey a milestone to cross and be proud of.

It is love begets love situation and never ending story of anger , arguments , but nevertheless ceaseless memorable moments of courtship with resonance of love romance and passion.

Way back in early ’70’S I worked in Pune , obviously a difficult predicament I was in to travel to Srinagar every now and then for selecting the right girl to be my wife.

On the face of it ,looked stupid even those days to come from such a far distance simply to say yes or no.

But my father, being an astute resolute person, was in fact keen to seek my consent to the selection of the girl in waiting before proceeding ahead.

I undertook this uncomfortable voyage twice and finally gave in. I told my father to handle the job on his own.

“ Dad “, I said ”you are fully competent to do this for me and my consent is always there. I trust you and mum.” “All Kashmiri girls are good gracious and educated .so there is no problem as such” I continued emphatically.

“ ok my boy ,so nice of you to say so. But the task for me is more difficult now” He laughed heartily.

My father , a tall , be spectacled six footer of swarthy complexion was endowed with great sense of humour.

An educationist of repute, being in touch with young students , he was very much young at heart too.

Moreover he had love marriage with my beautiful small sized angel mother.

My mother was my grandfather’s bosom friend’s daughter . My father loved my mother very much and eventually married her.

Soon after I received a photograph ,exceedingly beautiful one of my wife.

The chiselled features with deep set dove eyes , demurely innocence made me simply to fall in love with the photograph who  eventually  became the queen of my tender heart.

I just conveyed my consent in a jiffy through trunk call to my father .

I could imagine my consent might have done wonders for my father by relieving him from the stress that had compressed his mind for a long time.

My father recounted me the girl’s family background and I would say “ok ok” least interested in knowing that and hung the phone instantly.

I and my younger sister were yet to be married.

Father was keen to see me married so that he could relax with responsibilities taken off his shoulders.

My two elder sisters and two brothers were married already.

The eldest sister ,whom we fondly called Bengashi was great inspiration and help to my father. She was very upright ,modern woman and had full authority to take decisions regarding home affairs without any hitch.

Elder daughters were always a center of power and authority in a Kashmiri Pandit family to negate or accept any decision to be taken. So my sister, with affable magnetic personality ,was the most loved one of all the children.

I travelled down to Delhi in a train and flew to Srinagar by plane , very unusual at that time, to see my heartthrob.

As the plane descended on to Srinagar airport ,the resplendent nature with snow capped mountains glittering through the bluebonnet skies, opened up a breathtaking view of the Paradise on earth ,my beautiful Kashmir. 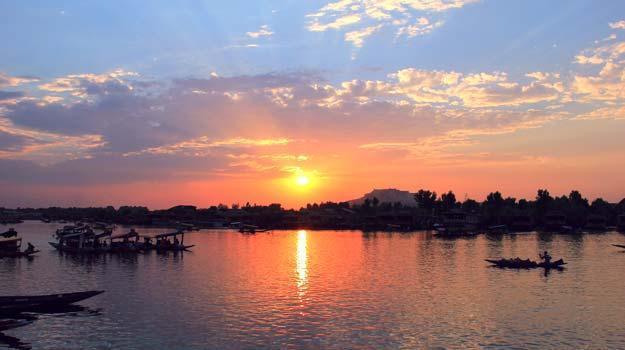 My father ,a social reformer and ardent activist forebade any money spinning Celebrations like “Gandhun”– engagement and “Durbati”— a special lunch organised by maternal side .

Marriage was an elaborate saga , as expected of   typical Kashmiri marriages those days with great fanfare.

The ladies invited dressed in  co lo u rf u l  attires , sang Kashmiri songs ,to the tunes of Kashmiri music with the twang of their noses , ‘ Wanvun’— a melodious refrain sung by a group of ladies. The guests were served with pink salted tea (sheer chai) in the midst and at intervals  of the singing throughout day and night ,

Finally on the D-day I was center of attraction , being decorated as Groom by my uncle ,  fondly called ‘Babuji’,who helped me to tie the turban with specially stitched ACCHKAN for the occasion. ‘Babuji’ was connoisseur  of our family loved and respected by one and all.

Before the marriage procession I stood on the ‘Vyoog’  —Rangoli , a decent decorative designed pattern of dry colours and the eldest Aunty gave nabbad a sweet hard dessert to nibble at . I and the Guests (Baraat) proceeded for bride’s house in several cars .

Those days the craze for marriages was at high pitch.. The guests and all others enjoyed to one’s fill.The participation used to be with  great zeal and fervour.

As soon as I and my Baraat (marriage procession) reached Bride’s place ,just at stone’s throw from our house, the relatives of bride greeted us by blowing a conch shell.

Here again as per ritual I was to stand on the ‘Vyoog ‘and the maternal uncle of the bride brought the bride out on to the Vyoog where I was made to stand.

The mother of the bride performed puja with lamps made of wheat flour and fed us both with the Nabad – the hard sweet dessert , and the purohit performed the Dwar pooja   before leading us to the Lagan (marriage ) mandhap – the auspicious place .

One more typical tradition of Kashmiri Pandit marriage is the performance of POSH PUZA , not performed in Hindu Indian marriages .

We were made to sit in comfortable posture , a red cloth was put on our heads and all relatives of both families offer flowers to the chanting of Vedic hymns .

The newly weds are regarded as Shiva and Pa r v a t i and worshipped as such .

Now I could see my bride dressed in beautiful sari and bedecked with ‘Dejaharu’   an ear ornament with golden tussels that pass through the the middle cartilage of the ear. The holes are pierced in Kashmiri Pandit girls at very early age of 4 or 5 years .

The ‘Dehjaru’ is having same sanctity as ‘Mangal sutra’ for Indian brides.

At this late stage of life the myriads of memories trickle down the mind and heart and I gleefully watch my wife Sharika for hours together ,still beautiful and glittering like Summer’s Sunny morning,thus enjoying every bit of the fleeting moments .

10 thoughts on “MY STORY. by Brijkaul”